You are here: Home

When it was announced that the Royal British Legion would be organising back in the early part of 2019, the RBL wanted each Regimental Association to register so that their members would request tickets via their own associations.

The criteria to attend was that those applying had to have been awarded the GSM Northern Ireland Clasp. So whilst many of our members wanted to attend they also wished to accompanied by their wives/partners. When the RBL reaffirmed it would be medal holders only many members who had expressed an interest shied off. Representation made by several Infantry Regiment, pointing out that Regiments had undertaken Married Accompanied tour for two years as Resident Battalion, and that WO's/SNCO's and Officers had undertaken staff appointments and posting to UDR Regiments saw common sense prevail. Unfortunately by this time the RBL ask individuals to apply for their tickets so administratively it was becoming a little uncoordinated.

Nevertheless 10 Stalwart members of the Association attended the commemoration and in Brigadier Martin Vine's own words:
"The actual commemoration, with Alistair Stewart Late ITN, as the commentator, was highly professional & moving. They made excellent use of veterans & videos/ photos, using massive screens.

It pissed down - but rather apt for a NI focused event!"

Below are two images taken of the Association Members, as you will notice in each case showing the Regimental Badgers of out tow regiments that took part in the long campaign. 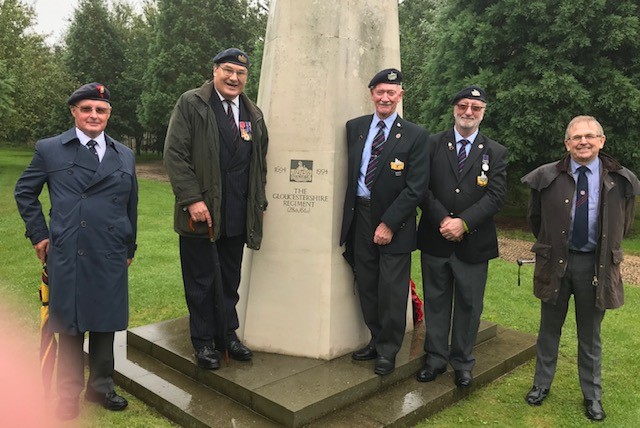 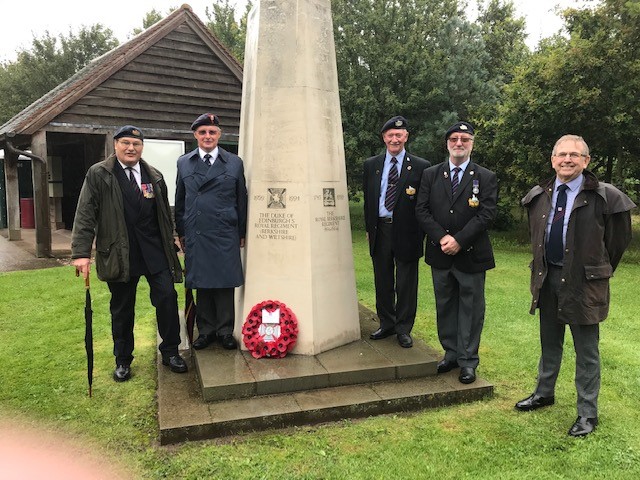